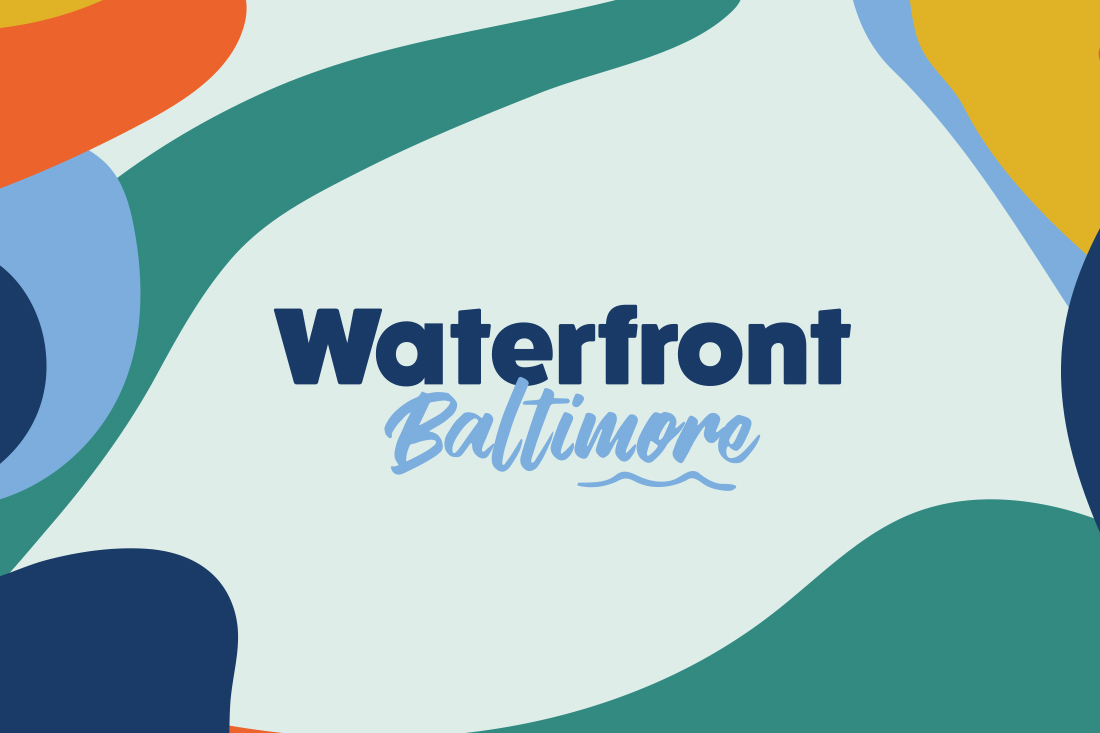 Since the bicentennial celebrations of 1976 and subsequent development in the 1980s, Baltimore’s Inner Harbor has served as the epicenter of a modern rebirth of the city we know, a beacon of vibrancy, and a catalyst for growth. That growth has steadily expanded around the harbor over the past several decades. As these areas have grown, each has championed a unique sense of identity to help attract investment, residency and visitation. Accordingly, Canton, Fell’s Point, Harbor Point, Harbor East, the Inner Harbor, Federal Hill and Locust Point are viewed largely as separate neighborhoods, areas and points of interest for residents and visitors alike.

Waterfront Partnership Baltimore sought to redefine and rebrand the waterfront as a whole, enhance its perception as a destination and broaden its usage amongst residents in particular. The greatest opportunity and challenge lay in creating a unified identity for Baltimore’s waterfront as an extensive and fully connected flagship for the city, while still celebrating and not overshadowing the unique character of the encompassing individual neighborhoods that attracts people to each. The branding, positioning and strategic messaging around a unified identity for Baltimore’s waterfront needed to capture a clear, relatable and compelling sense of an interconnected collection of people and places, the multifaceted appeal of modern city living and a diverse cultural offering of year-round entertainment and activities. The concept needed to be universally appealing and inviting across age groups, other demographics and interests.

To do this, we settled on simple— the basic, underlying and sentimental reminder to have fun. We developed the foundation for a campaign focused on encouraging those who live and work in Baltimore to appreciate and take time to enjoy the crown jewel of the city that is right in front them.

The branding is intended to be modular in its ability to append to and bolster any number of partnerships, from a basic sense of place, branding of pole banners and other neighborhood signage, to promotion of festivals and attractions, to everyday dining and shopping.

The Waterfront is something we all treasure and share. It inspires us, it energizes us. It connects us. Waterfront Life is the soul of this city, and a big part of what makes Baltimore, Baltimore. So, as the Waterfront Partnership continues to unveil this effort throughout the year, remember it’s your Waterfront Baltimore, Just Have Fun! 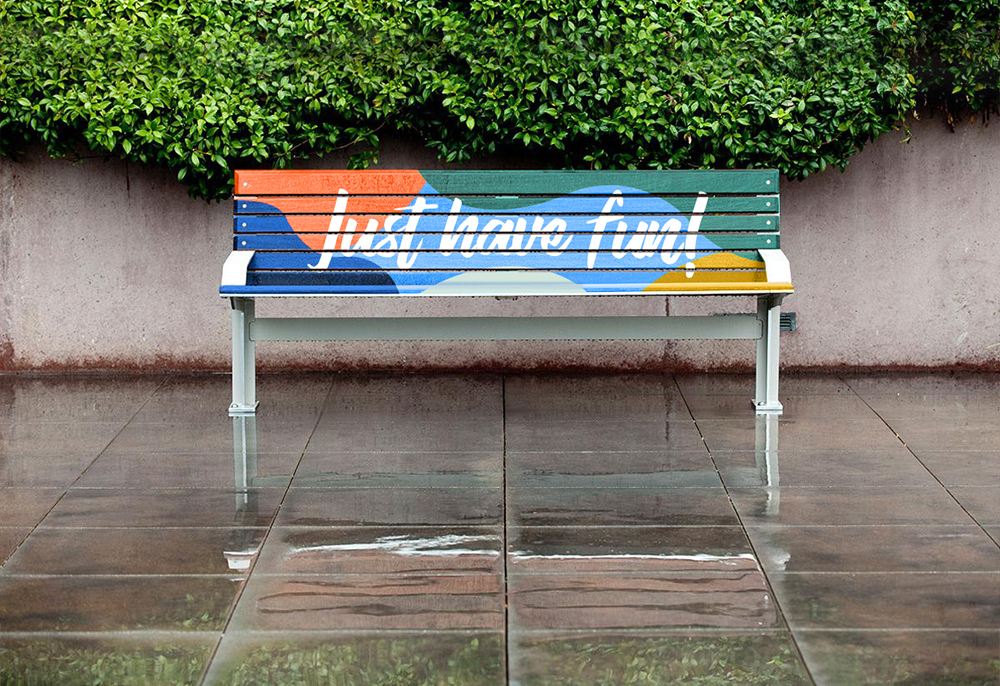 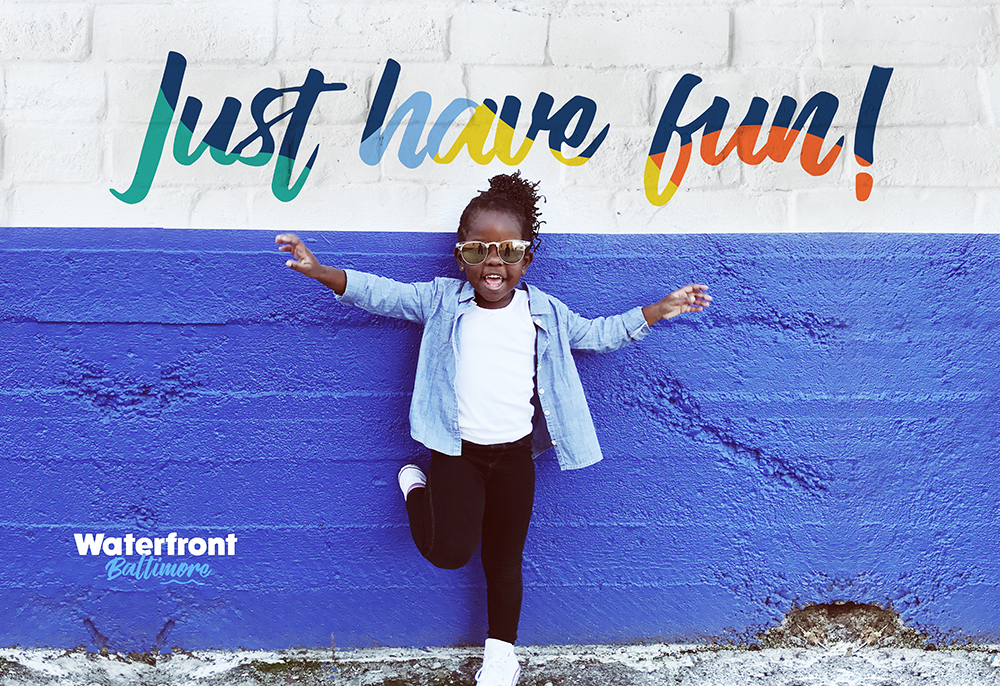 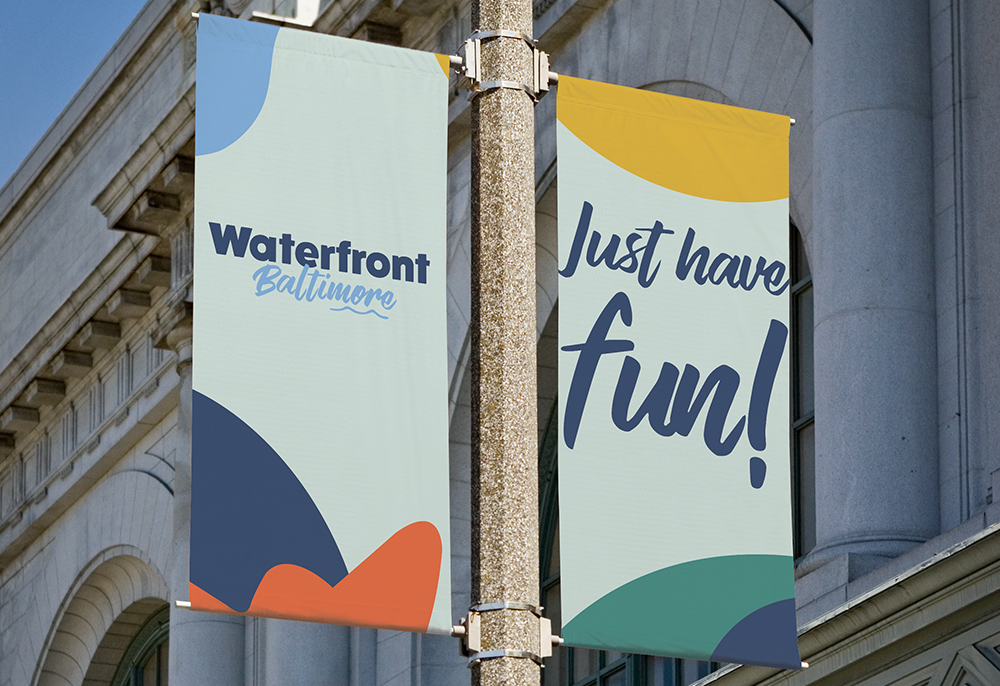 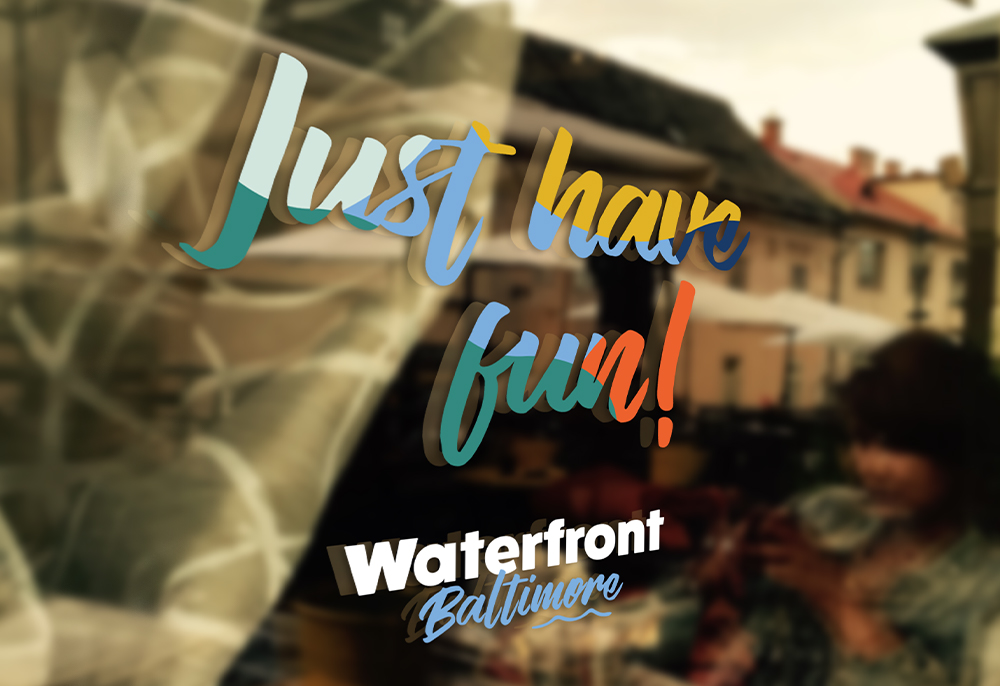 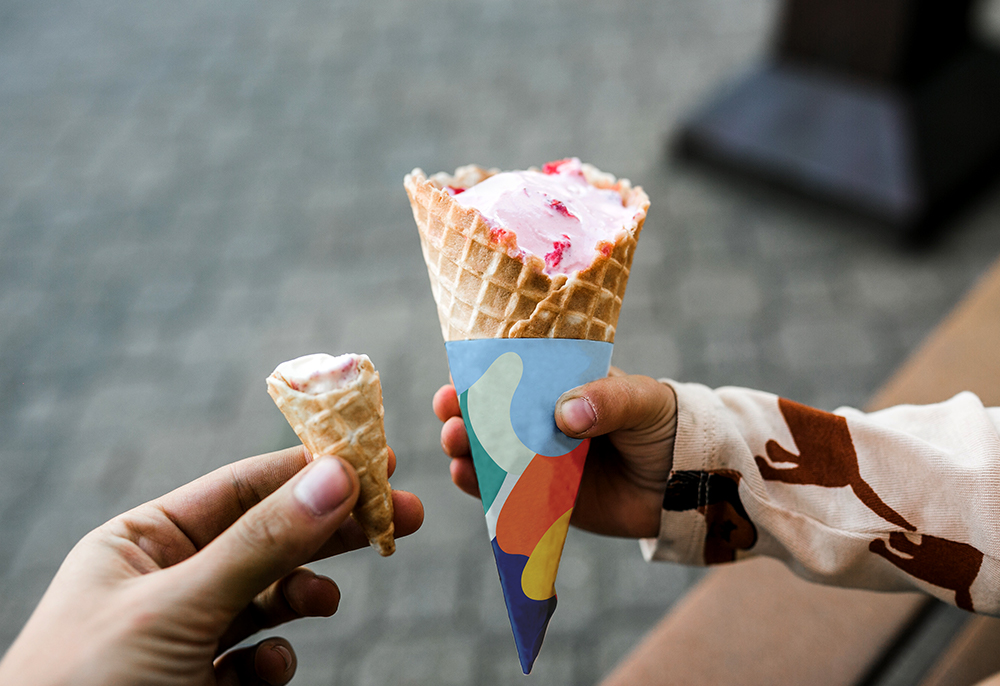 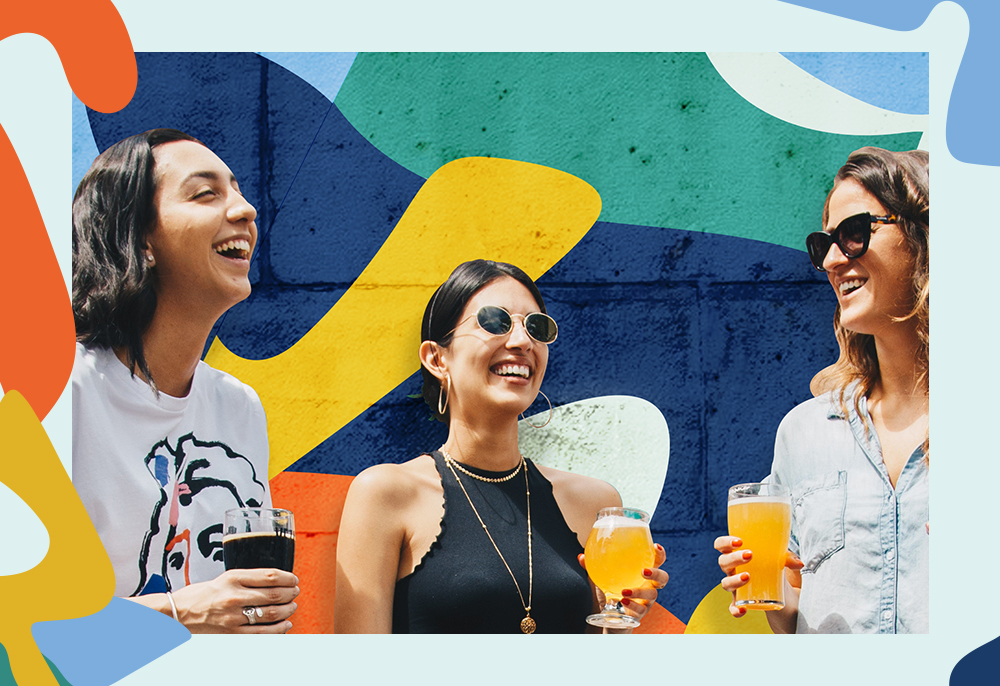 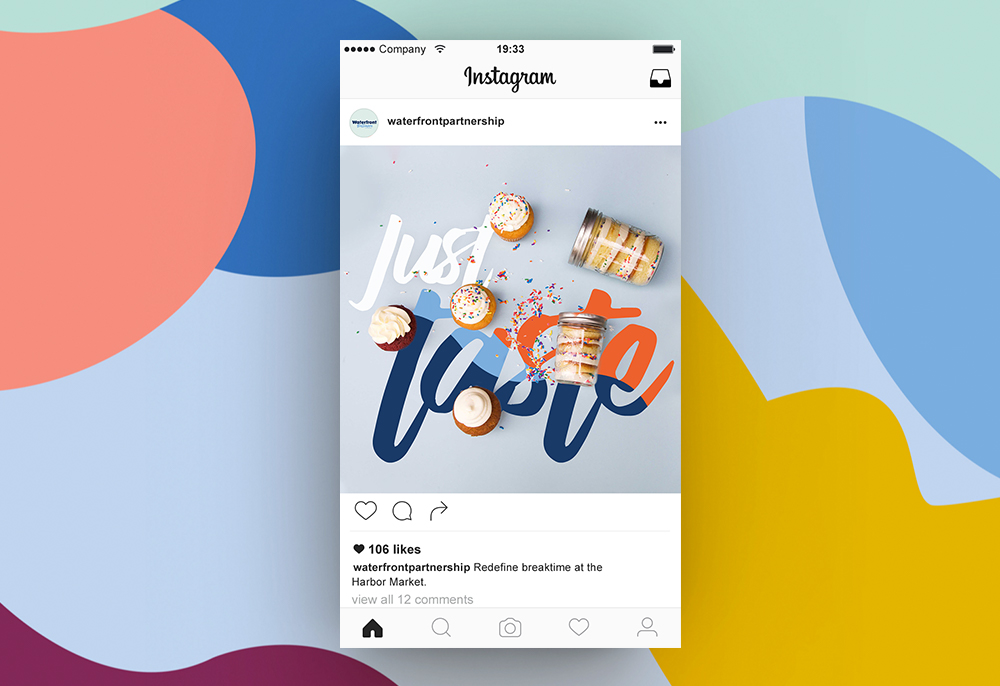 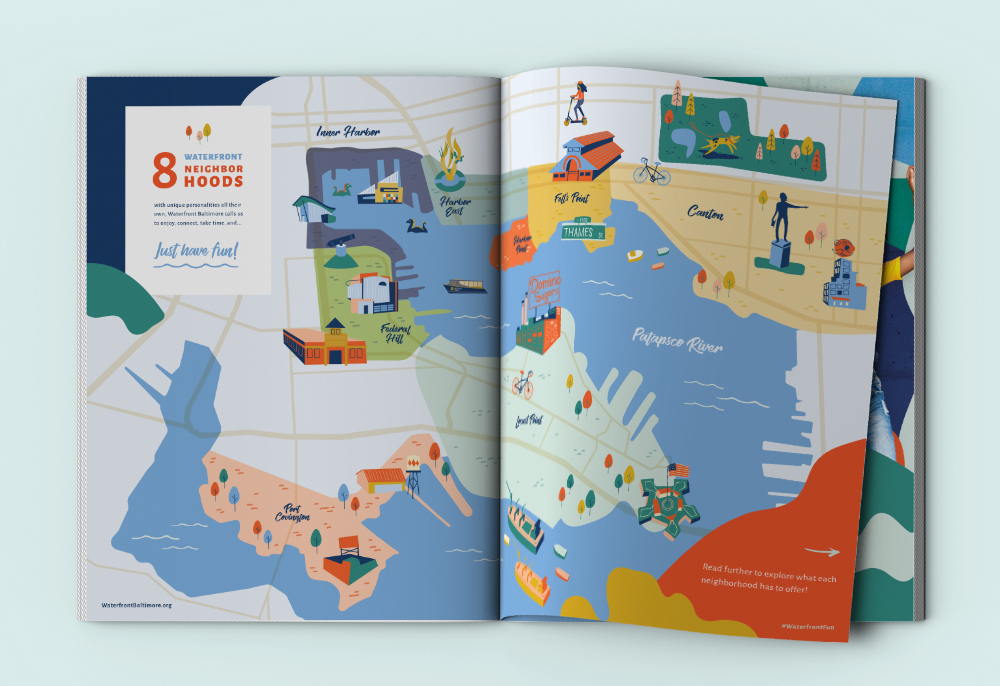 We Move As One: USA Artistic Swimming